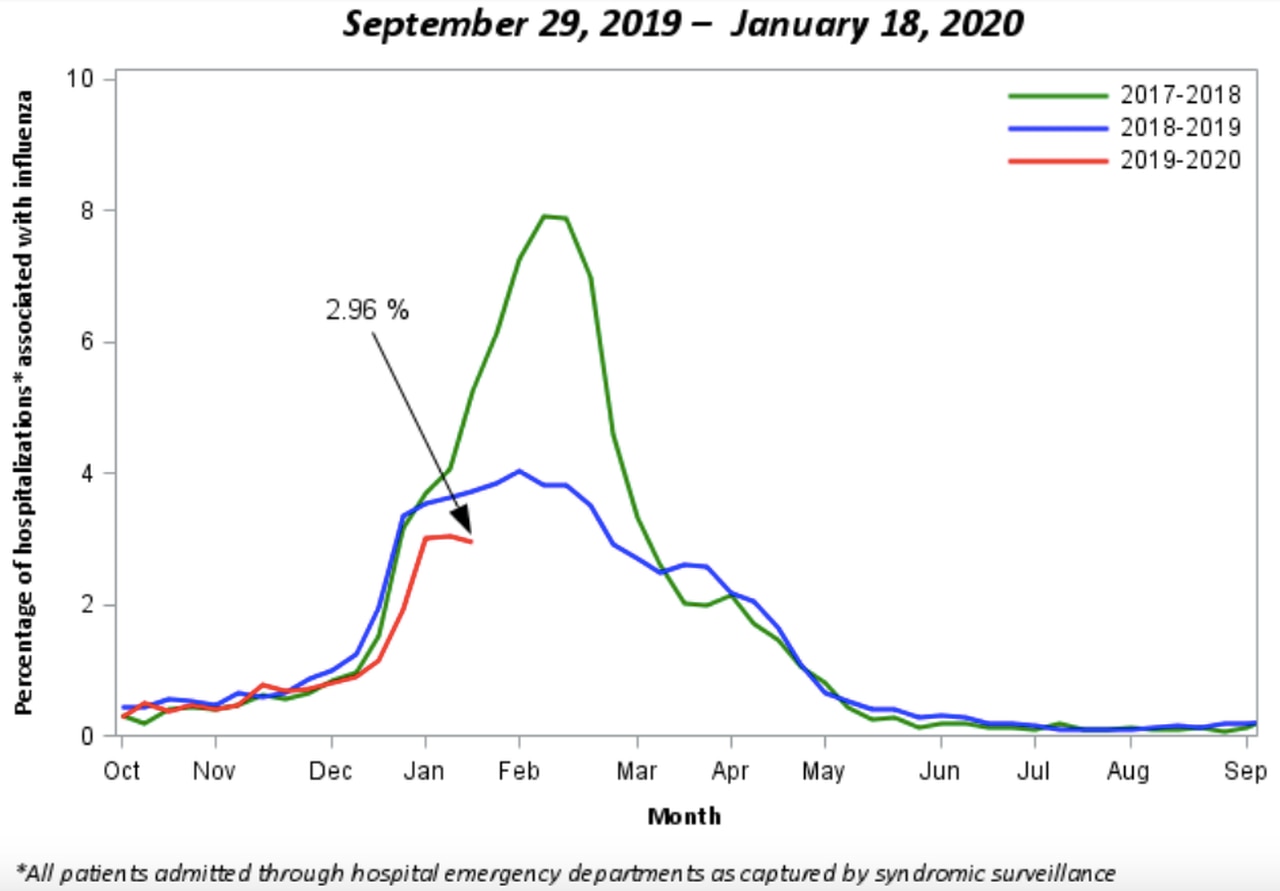 The severity of the flu in Massachusetts has increased from moderate to high, health officials announced this month.

A Worcester County teenager, who had tested positive for influenza B, was the first flu-related pediatric death of the season in Massachusetts, state health officials announced last week. Fifty-four influenza-associated pediatric deaths in the U.S. have been reported to the Centers for Disease Control and Prevention this season, according to the agency’s latest seasonal flu report.

The inner metro Boston region is reporting moderate flu activity, while the rest of the state is reporting a high number of cases, according to health officials.

The CDC has estimated there have been at least 15 million global cases, 140,000 hospitalizations and 8,200 deaths due to the flu this season.

“Hospitalization rates remain similar to what has been seen at this time during recent seasons and mortality, while low overall, has exceeded the epidemic threshold for one week this season,” the CDC wrote in its report.

The jump in flu severity last week comes as concerns about the coronavirus grow.

The death toll from the outbreak, which started in Wuhan, China, rose to 170 on Thursday, and 7,711 cases have been confirmed globally. Five people in the United States have been diagnosed with the illness. Sixty-eight patients tested negative for the disease in the U.S., and 92 others are awaiting results, according to the CDC’s website.

Officials have recommended people take preventative measures for both the flu and coronavirus. Healthy habits include frequently washing one’s hands with soap and water for at least 20 seconds, avoiding contact with people who are sick, staying home if one’s ill, covering one’s cough or sneeze with a tissue and disinfecting frequently touched objects and surfaces.

Those who have not received a flu shot have been urged to get vaccinated. All influenza strains in Massachusetts this season are covered by the current influenza vaccine, according to state health officials.

People who think they have the illness should contact their health care provider, officials said.

“Every year in the U.S. seasonal flu causes thousands of hospital admissions and deaths,” MDPH’s website says. “Getting an annual flu vaccine is the best protection.”