An outbreak is the occurrence of disease cases in excess of what’s normally expected, according to the World Health Organization. An epidemic is more than a normal number cases of an illness, specific health-related behavior or other health-related events in a community or region.
Yet a pandemic is defined as the “worldwide spread” of a new disease.
The last pandemic reported in the world was the H1N1 flu pandemic in 2009, which killed hundreds of thousands globally. 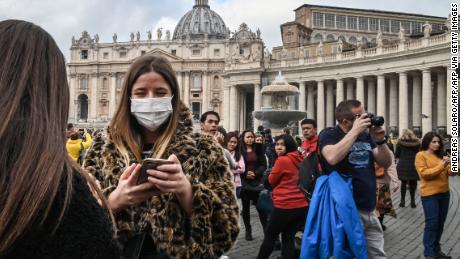 The word “pandemic comes from the Greek ‘pandemos,’ which means everybody. Demos means the population. Pan meaning everyone. So ‘pandemos’ is a concept where there’s a belief that the whole world’s population will likely be exposed to this infection and potentially a proportion of them fall sick,” Dr. Mike Ryan, WHO executive director of the agency’s Health Emergencies Programme, said during a press briefing with reporters on Monday.
When it comes specifically to the novel coronavirus disease or Covid-19, “what we don’t understand yet in Covid-19 are the absolute transmission dynamics,” Ryan said.
“We’re in a phase of preparedness for a potential pandemic,” he said. “Let’s focus on what we can do and what we need to do, which is prepare. When we mean prepare, we mean prepare to detect cases, prepare to treat cases, prepare to follow contacts, prepare to put in place adequate containment measures.”

Dr. Anthony Fauci, director of the US National Institute of Allergy and Infectious Diseases, said earlier this month that there is no actual scientific, definitive definition of what constitutes a pandemic.
“It really is borderline semantics, to be honest with you,” Fauci said.
He added that there could be arguments on either side as to whether the coronavirus outbreak could be described as a pandemic.
“I think you could have people arguing each end of it,” he said. “Pandemics mean different things to different people.”
In general, the WHO avoids declaring public health situations that are not flu pandemics as pandemics. For flu, the term has been used to describe pandemic influenza preparedness.
Otherwise, the WHO no longer uses an old system that involved describing phases of pandemic influenza as ranging from no reports of human infections to “a pandemic.”
“This change came about because of lessons learned from the 2009 H1N1 experience,” WHO spokesperson Tarik Jasarevic said in an email on Tuesday. 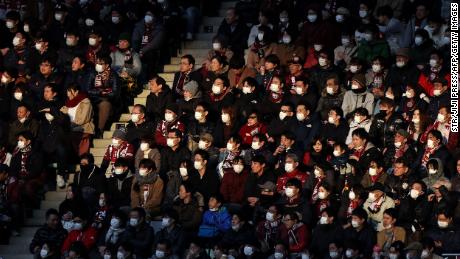 For the novel coronavirus, “groups in various organizations are working to define pandemic for this novel virus, which could take some time. In the meantime, our advice remains the same: Member States are strongly advised to enact plans based on national risk assessments of local circumstances, taking into consideration the information provided by WHO’s global assessments,” Jasarevic said.
In January, the WHO declared the novel coronavirus outbreak a public health emergency of international concern.
“Since then, we have seen cases, clusters and outbreaks reported in multiple countries. Most of these cases, clusters and outbreaks are traceable, meaning that widespread community transmission is not evident. Some countries have even slowed or stopped transmission. They must remain alert for the possibility of reintroduction. There will likely be more cases in more places,” Jasarevic said in his email.
“We are at a critical juncture in the outbreak,” he said. “While we must continue efforts to contain COVID-19 – focusing on strengthening surveillance, conducting thorough outbreak investigations to identify contacts and applying appropriate measures to prevent further spread – countries should also use this time to prepare for the possibility of wider transmission.” 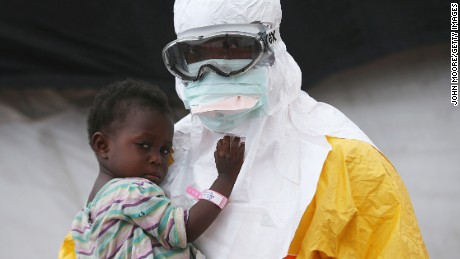 Dr. Nancy Messonnier, director of the US Centers for Disease Control and Prevention’s National Center for Immunization and Respiratory Diseases, said Tuesday, “Ultimately we expect we will see community spread in this country.”
Businesses, schools, communities and families in the United States should be preparing for the virus to disrupt their lives, she said. It’s not a question of if, but when and “and how many people in this country will have severe illness,” she said.

“The fact that this virus has caused illness — including illness that has resulted in death — and sustained person-to-person spread is concerning. These factors meet two of the criteria for a pandemic,” Messonnier said. “As community spread is detected in more and more countries, the world moves closer towards meeting the third criteria: worldwide spread of the new virus.”

Pandemics of the past

Pandemics have been a part of human history for centuries, with one of the earliest ever reported dating back to 1580. Since then, at least four pandemics of influenza occurred in the 19th century and three occurred in the 20th century, according to the CDC. 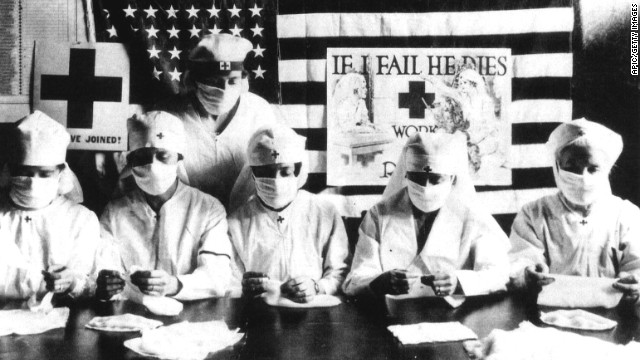 The most severe pandemic in recent history was the 1918 influenza pandemic, sometimes referred to as the “Spanish flu.” The pandemic was estimated to have infected about 500 million people or one-third of the world’s population and killed some 50 million worldwide.
There remains some debate about where this H1N1 flu virus originated, but scientists have found that the virus had genes of avian origin. In other words, it had a connection to birds.
More American soldiers died from the 1918 flu pandemic than were killed in battle during World War I in 1918, according to the CDC. In 1919, the pandemic subsided but the H1N1 virus continued to circulate seasonally for 38 years. 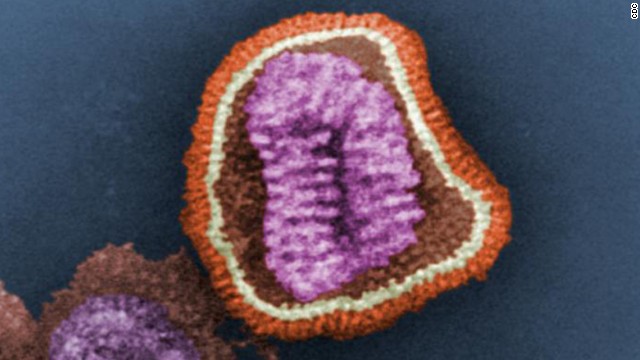 Then in 1957, a novel influenza A H2N2 virus emerged in East Asia, triggering a pandemic that is estimated to have killed 1.1 million worldwide and 116,000 in the United States. The virus was comprised of genes that could be linked to an avian influenza A virus, suggesting it had a connection to birds.
The virus was first reported in Singapore in February 1957, Hong Kong in April 1957, and in coastal cities in the United States in the summer of that same year. Yet its survival in the human population was short and the virus disappeared about a decade after its arrival. Some scientists suggest that it was supplanted by a H3N2 subtype.
In 1968, a pandemic caused by an influenza A H3N2 virus that originated in China swept the world. That virus was comprised of two genes from an avian influenza A virus, according to the CDC.
The virus was first noted in the United States in September 1968 and led to about 100,000 deaths nationwide and 1 million worldwide. Most excess deaths were in adults 65 and older, according to the CDC.
The H3N2 virus continues to circulate globally as a seasonal flu virus. 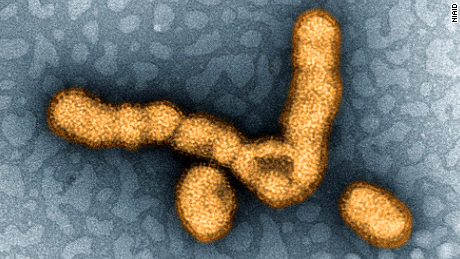 In the spring of 2009, a novel influenza A H1N1 virus emerged. It was detected first in the United States and then spread quickly across the world.
The virus contained “a unique combination of influenza genes not previously identified in animals or people,” according to the CDC. It was found to be of swine origin.
During that H1N1 pandemic, the CDC estimated that somewhere between 151,700 and 575,400 people died worldwide during the first year the virus circulated. Globally, 80% of the deaths were estimated to have occurred in people younger than 65.
The World Health Organization declared the global H1N1 pandemic over in August 2010, but the H1N1 virus continues to circulate as a seasonal flu virus every year.
Now in early 2020, the world has been waiting to see whether the novel coronavirus outbreak could turn into a pandemic.
“This is unprecedented,” Dr. Tom Frieden, former director of the CDC, wrote in an article published on CNN.com Tuesday.
“Other than influenza, no other respiratory virus has been tracked from emergence to continuous global spread. The last moderately severe influenza pandemics were in 1957 and 1968; each killed more than a million people around the world,” Frieden wrote. “Although we are far more prepared than in the past, we are also far more interconnected, and many more people today have chronic health problems that make viral infections particularly dangerous.”

CNN’s Elizabeth Cohen and Ben Tinker contributed to this report.