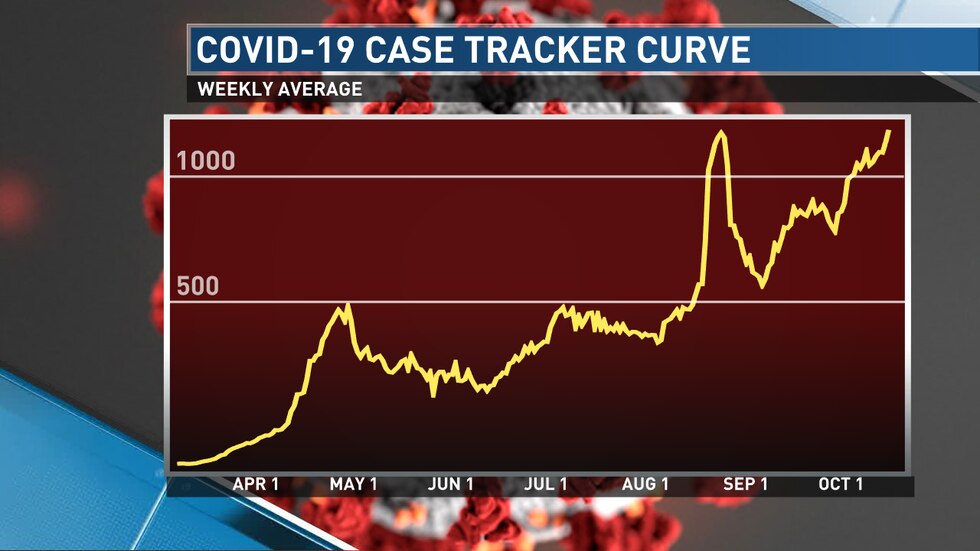 CEDAR RAPIDS, Iowa (KCRG) – A large batch of additional cases of the illness caused by the novel coronavirus reported by state officials have pushed the seven-day rolling average to a new record high for the pandemic.

As of 10:30 a.m. on Saturday, the Iowa Department of Public Health said that 1,908 cases of COVID-19 were reported since the same time on Friday morning, putting the state’s total since the pandemic began at 114,463. 87,449 people are considered recovered from the disease.

12 additional deaths were added to the state’s total in the last 24 hours. The total number of people in Iowa killed by COVID-19 is now 1,629.

A record 545 people are hospitalized with the disease, a net increase of nine since Friday morning. 130 of those are in intensive care units, a net decrease of four. 49 patients require the use of a ventilator, remaining steady since Friday morning. A record 101 new patients were admitted to hospitals with COVID-19 over the last 24 hours, larger than the previous reporting period’s 79 new patients.

7,020 tests were reported by public and private labs during the last 24 hours. The positivity rate for that group of tests was 27.2%. A total of 931,801 tests have been processed since the beginning of the pandemic.